skip to main | skip to sidebar

Together Forever...Through the Grace of God

What gives me strength? That I know you know this now.
I may have lived almost two years without you HERE...
but I have not lived a moment WITHOUT you.
Thank you God for that amazing gift!

I lift my eyes up to the mountains,
where does my help come from?
My help comes from the Lord,
maker of heaven and earth. Psalms 121:1-2
Posted by Unknown at 10:16 AM No comments:

When Faith Stops the Fall

Many parents who had lost children told me that the second year would be harder than the first...and they were so right. In the second year, I was no longer numb, no longer in denial, and was left with the full force reality that this is forever. As I was coming up on the one year anniversary of Brittney's death, I was not prepared for the setback that would hit me on November 8th and the months to follow. In my desperation I clung to what I knew was my only hope for peace...my heavenly Father.

It is overwhelming when I think about the change from this time last year. Just a month short of the second anniversary of my sweet angel's death, I feel the strength of the Holy Spirit on a daily basis. I love life, live in the light of the Lord, and look forward to each day knowing that Brittney is safe and living happily in the grace of God.
Jesus said, "Let the little children come to me, and do not hinder them, the kingdom of heaven belongs to such as these." Mathew 19:14

Posted by Unknown at 8:52 PM No comments:

He lifted me out of the pit of despair, out of the mud and the mire. He set my feet on solid ground and steadied me as I walked along. (Psalm 40:2- NLT) 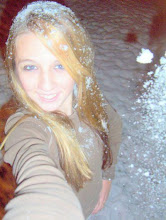 Full of Life and Fun 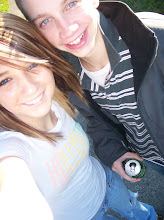 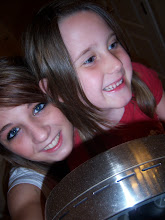